1. Modern Taxonomy is about identifying clades 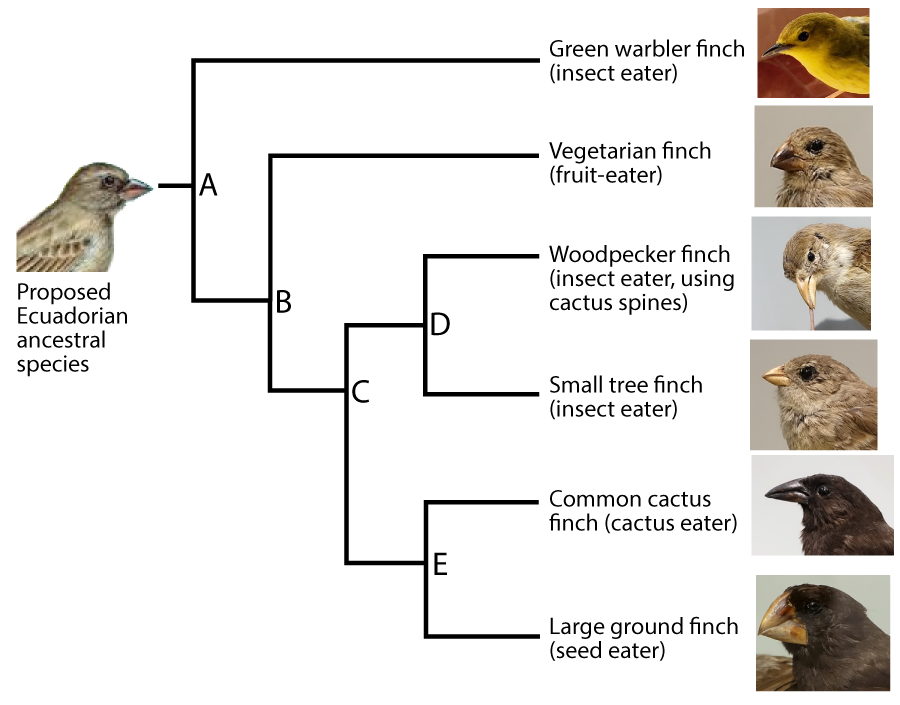 The branching diagram shown to the left is called a phylogenetic tree. Phylogeny is the study of evolutionary history and relationships among individuals or populations.

The species shown in this phylogenetic tree are among the most famous in biology. They’re Galapagos Finches, first identified by Charles Darwin in the early 1800s. The Galapagos are a group of volcanic islands in the Pacific Ocean,  about 1000 km (600 miles) west of Ecuador. It’s thought that a small population of birds from Ecuador colonized the islands, which then evolved over time into over a dozen species.

Clades can be nested within clades. Knowing that, let’s do some analysis of this phylogenetic tree. Answer the question below.

[q multiple_choice=”true”] How many clades are in this phylogenetic tree?

To help you understand how clades work, I’ve redrawn the diagram below, and added shading so that the clades are easier to identify. 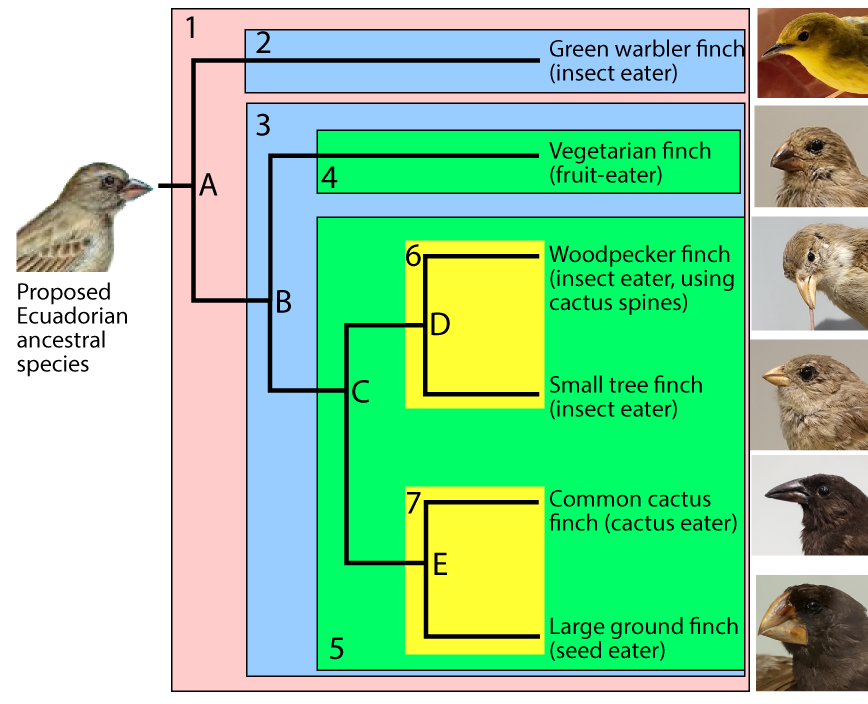 For any clade that consists of more than one species, the common ancestors are located at nodes. The nodes are labeled “A” through “E.” Because nodes are where speciation events occur, they’re also called branch points.

A big part of taxonomy involves identifying the clades that an organism belongs to. For example, the large ground finch is a member of 5 clades 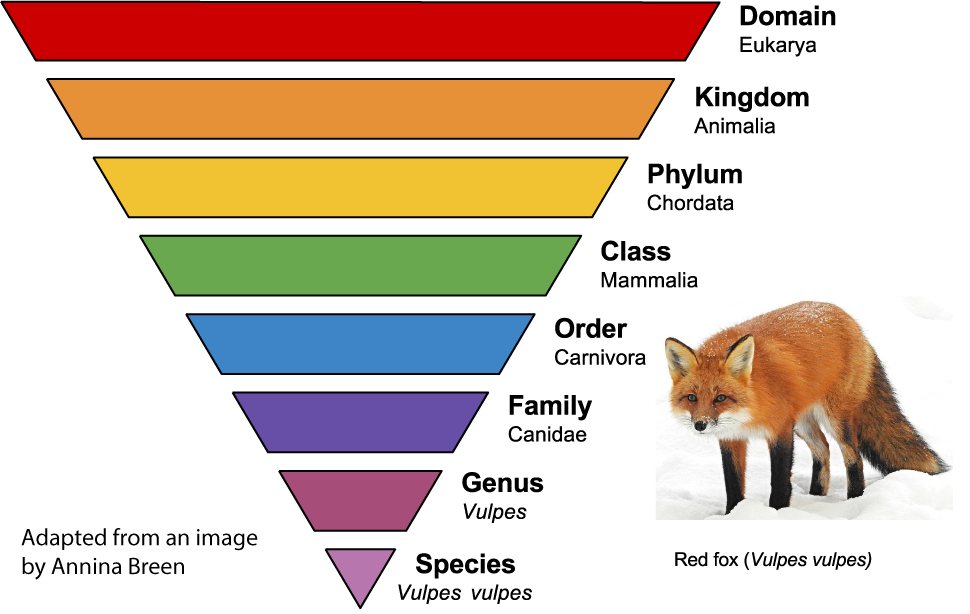 Let’s connect this to the hierarchical classification categories developed by Linnaeus. If classification is done correctly, then each taxon, within each category, should be a clade. That’s what we see in the example to the left.

All of the foxes within the genus Vulpes are a clade. That clade excludes other members of the dog family (the Canidae) such as wolves. Canidae is a clade that contains all members of the dog family but excludes other carnivores. Similarly, the class Mammalia is a clade. All mammals, from kangaroos to whales, share a common ancestor. Other non-mammalian Chordates (such as fish) are not part of the clade.

Below, we’ll learn about how biologists identify clades. But before that, let’s consolidate what you read with some flashcards and a quiz.

[q]Review from the last tutorial: The branch of biology concerned with classification is

[q]In the phylogenetic tree below, letters A, B, C, D, and E represent three things. What are they?

[q] All of the Galapagos finches descend from a common ancestor. That makes the birds below a [hangman]

[q] The study of evolutionary history is called [hangman]

[q] The diagram below says that all bears make up a [hangman].

[q] The common ancestor of clade 6 is

[q] “B” is the common ancestor of which clade?

[q multiple_choice=”true”] How many clades are in this phylogenetic tree?

[q] A diagram like the one shown below is a [hangman] tree.

[q] A line of descent from an ancestor to its descendants (which would include “p” through “r” below”) is known as a [hangman].

[q] In the diagram below, “A” is the [hangman] [hangman] of all of the other species in this phylogenetic tree.

[q]Letters “A,” “B,” and “C” can also be thought of as [hangman] points. They’re also called [hangman]. These are points where [hangman] events occurred.